Lord of the Flies

Published on September 17, 1954 By William Golding
​Review by John Turner

"Shut up," said Ralph absently. He lifted the conch. "Seems to me we ought to have a chief to decide things."
"A chief! A chief!"
"I ought to be chief," said Jack with simple arrogance, "because I'm chapter chorister and head boy. I can sing C sharp." (1.228-30)

In William Golding's Lord of the Flies the reader crash lands with a group of boys on an island. The boys' parents, in the midst of World War 2 had sent them by plane to a safe haven. While in transit they ran into some trouble which is unknown to the reader, and really to all the boys too. As the story progresses, and the situation gets bleaker Golding highlights on how when left to himself man becomes true to what his heart is. In terms of recommendations I would not recommend this book to someone who is all about action, if it's action you want, the last few chapters have the most of it. However, if you like books that a a little bit chilling, or if you want a book that requires some analysis this book is more geared toward you and your personality.

What at influenced my choosing this book was mainly that Mrs. Henning gave the book to me, and because it sounded like an adventure to me. If I were to start over again knowing what I know now I would prepare myself by grabbing a something to write with, and something to write my thoughts in. Doing this I feel that a reader would grasp the book better as dialogue is not always labeled well thought the story. Even though this can hinder the readers processing of the book if he does not go slow the main ideas are still conveyed well. If I were to give this a rating on a personal level I would rate it as a 6 out of 10. The reason being, the book did not strike a chord with me as others have. But if I were to give it a rating on a literary scale it would rank as a 9 out of 10. Golding did an immaculate job of characters that were well formed, and completely twisting them to show how quickly man falters. 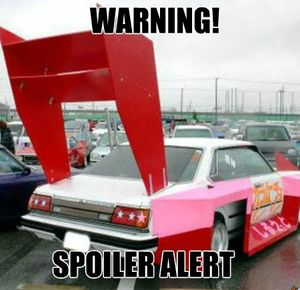 
​If I had one quote I could give to a person who was thinking about reading this book that would completely sum the whole story up in one sentence, it would be "there is nothing to fear, but fear itself". This is because as we will see later on fear begins to rule over the boys trapped on the island. In the first part of the book we are introduced to our first two characters, Ralph, who the book is mainly about, and Piggy, a secondary character who makes up for his lack of physique by having wisdom. After spending some time exploring the island our two characters find a conch which they use to summon all of the scattered boys on the island. One extremely important thing to notice about the conch in that it symbolizes order as it literally and figuratively brings everyone on the island together. When everyone is together they decide to chose a leader, and the two candidates are Ralph, and Jack leader of the choir boys. Ralph is chosen, one because he is the oldest of the "biguns", and because he has the conch which all of the boys associated with power. Jack took this hard as he has a power hungry personality. Ralph afterwards makes a deal with Jack telling Him that he can be leader of the hunters as a consolation for his loss. I'd like to take a moment to stop the timeline, and analyze our three biggest characters. Ralph, our main character is a cool headed, even keel type of guy. He gives the group a sense of order as if they never left civilization, as long as he has the conch his group has order. Jack on the other hand is hot headed many of his decisions are made off of how he feels, not what is good for the group his red hair gives him the stereotypical fiery personality that holds grudges, and carries out his revenge at nearly any cost. Lastly is Piggy, he backs Ralph in his decisions, and gives incite as to what will help the group in the long run. Also Piggy is an underdog and often the quiet voice that is foolishly disregarded.

Picking up from where we left off Ralph, Jack and a group of all the rest of the biguns except Piggy leave to explore the island. Piggy is left to corral and number the cats, the cats being the littluns. When the exploration group arrives back they find Piggy, and the littluns scattered all over as when Ralph left with the conch so did order. Ralph then calls an assembly with his conch the group of explorers finds that there are no others on the island. The group decides that there should be a fire going at all times so that if or when a ship passes by and sees the smoke, in theory it will stop and the boys will be saved. So they decide to make a fire on the mountain but in all of the enthusiasm a large part of the island gets burned because the fire was lit in a poor place. Time goes on and days later a ship is seen on the horizon by both Piggy, and Ralph. Both of them become excited as it means the will go home. That is until they notice that the fire is out. So they race up the mountain to find what is wrong only to find that it was Jack's lust for blood that lead him away from his duty to the fire. Jack being so blinded by his victory in killing a pig does not see how he has hurt the group more than helped it. This one instance starts the downward spiral of order, and civility on the island.

The next influential event is when Simon who is a partly misunderstood character who is a Christ figure in the book find out the truth about the beast. While alone in the woods Simon stumbles upon the severed head of a pig that Jack killed. The pig's head is covered in iridescent green blow flies. As he is examining this ghastly sight Simon begins to have the feeling that the pig's head is communicating with him. The head talks to him and tell him many strange things. But one quote in perticular is "Fancy thinking the Beast was something you could hunt and kill[...] You knew it didn't you? I'm part of you? Close, close, close! I'm the reason why it's no go? Why things are what they are?" this is a revelation to Simon. He had finally found out the sole problem. It was the beast in them, and the fear of the beast that wasn't real. After receiving this knowledge that no one else had Simon's understand of how the events on the island were playing out was increased far beyond anyone else's understanding. When he came upon the group after making this ground breaking discovery he was misinterpreted just as Christ was in The Bible from John 1:11 He came to His own, and His own did not receive Him. Speaking of Christ whom according to The Bible was an originator of the whole realm of creation. Thus in the height of Jack, and his tribe's madness they killed someone who knew their problem.

The last event that launches the island into a full fledged savage, and animalistic society is the destruction of everything that symbolizes order, and civilization. Piggy although not physically fit is the intellectual, and most civilized individual in the whole lot. He always was seeking to hold onto what he knew, and what was best in the long run for the whole group. Piggy often tried to counsel Ralph, and speak against the madness Jack was forcing upon everyone. Even though his voice was not well heard not was his wisdom well taken no one had any doubts as to what his intentions were. His inanimate counterpart was the conch. Piggy originally found the conch and told Ralph where it was. The conch gave power to the person holding it as rules were made that allowed only the holder of the conch to speak in an assembly. This gave order, and respect to a degree in the assemblies. These two symbols of justice, and order, by injustice, and disorder were destroyed. When the conch was gone Ralph could no longer call meeting, and even if he could have gathered a group the conch would not be there to check those who talked out of turn. When Piggy had died there was no longer any firewall to keep Ralph or anyone safe from the explosive destruction of the beast inside the human heart. Therefore when these two left nothing was sacred anymore.

Questions:
1.) What is the implication for Simon as a Christ figure?
2.) What happens as the boys try to fit back into society?
3.) What is the connection between the parachutist, and the pig's head.

Theme of the story


The overarching theme that appears in Lord of the Flies is that every person has a primitive beast in them that wants to be self serving, and destroy all things that deal with civilized orderly life. Golding uses his characters such as Jack, and Roger to play this out in his story. Jack begins his change by first changing outwardly, starting by putting on face paint which is commonly associated with people of a savage nature. The next part of Jacks metamorphosis is his animalistic hunting. Jack, and his tribe of choir boys begin to hunt and chant saying "kill the pig, cut her throat, bash her in" exactly as readers would picture a group of war-like fearsome people. The last things that push Jack and his savage hunters over the edge is the two lives that they so ruthlessly take. From a symbolic standpoint Piggy's death along with the smashing of the conch signify the end of order on the island. Piggy gave civilized suggestions, that were not always heard but somehow enacted, and the conch brought everyone together. After these two left the island all heck broke loose.

Another thematic element is the counter answer to the cruelty, and brutality acted out by the majority of the boys. This minority's chiefly consists of Ralph, Piggy, and Simon. Simon as has been observed was the Christ type character who died as a martyr when he was mauled by the evil beast that controlled the boys. Piggy was a symbol for law and order on the island. When he left, so did the law and order. Ralph the last remaining remnant of the civilized people, all else turned to their wicked and savage ways. They strayed from what they were taught and became when they did not want to be.